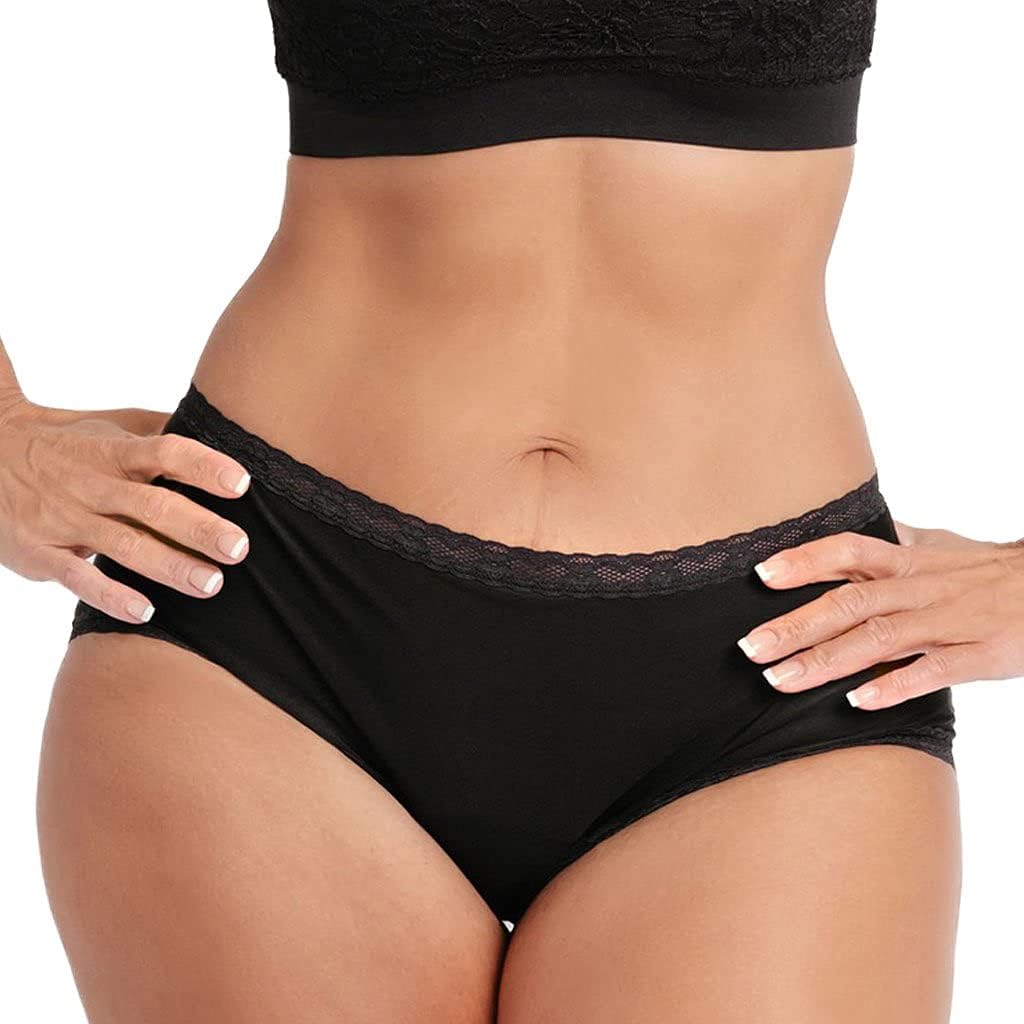 Period-proof underwear, magically holding up to 2 tampons' worth while looking like your regular ones. Say good-bye to disposable products. Feel better in your body, save money amp; help the planet! #bleedinpeace. INVISIBLE 4-LAYERS PROTECTION: 1. Feel Dry - moisture-wicking cotton inner layer for softness and breathability 2. Feel Fresh - fight bacteria and odors 3. Feel Secure super-absorbent fabric to hold 2 tampons' worth 4. Feel Free leak-resistant nylon outer layer to keep it all in How to use Lilova underwear: Every body is different, so is every flow. Knowing your flow will help you better take advantage of your Lilova. When you have a very heavy flow, you should wear Lilova as a back-up to traditional products. You can wear Lilova alone when you have a regular or light flow. Other reasons to use Lilova: Occasional Spotting, Postpartum Bleeding, Regular Discharge, Mild Stress Incontinence / Light Bladder Leaks, Everyday and Heavy Sweat. We recommend using Lilova at home first on the heaviest day of your period, to know how it works for your flow. Care Instructions: 1. Rinse immediately after use under cold water until it runs clear 2. Now or later, machine-wash (separately or with the rest of your laundry) on cold cycle without using fabric softener 3. Hang dry. We are committed to empower women and teens around the world and improve their self-confidence. Lilova underwear allow women to feel good in their body while on their period, fresh throughout the day, and safe of leaks and odors. Zero waste is our goal! The average woman uses between 10,000 and 15,000 pads and tampons in her life. A regular tampon or pad requires ~ 500-800 years to decompose. In the USA only, over 20 billion used menstrual products end up in our landfills every year. Make the switch to reusable! And you can save money: on average a woman spends nearly $270 on period products every year, the same amount as 10 pairs of Lilova.