60 years ago, there was a road marking an important milestone of the nation called “Ho Chi Minh Road”. This is a strategic military network to transport troops, foods and weapons from the North to the South for the battlefield. On that line of fire, tens of thousands of cadres, soldiers, youth volunteers, fire workers were steadfastly clinging to the forest, clinging to the road to make resounding victories.

After the Geneva Accords, our country was temporarily divided into two regions. Entering 1959, the southern revolution was at a turning point, requiring our Party to make timely decisions. In January 1959, the 15th Central Conference set out the task of revolutionary Vietnam in a new period. The conference affirmed the basic mission of the southern revolution: “Liberating the South … firstly, to demolish the corporation that ruled Ngo Dinh Diem of the American imperialist, establishing the revolutionary government”.

After a short time of preparation, on May 19, 1959, the Standing General of the Military Commission officially assigned the task of the “Special Military Mission” to perform the task of opening a way to transport military goods into the South, to organize shuttle soldiers, transfer official documents from the North to the South and vice versa. 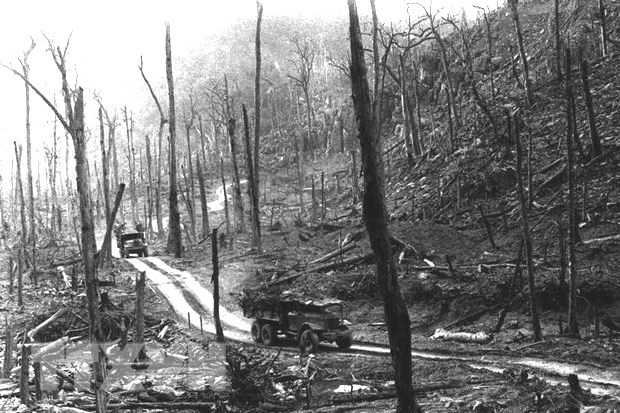 The convoy of trucks on Truong Son street

In order to complete the task, the Military Commission and the Ministry of Defense decided the initial staffing of the delegation of 500 officers and soldiers. In addition to the Union, the Union is organized into the 301n Battalion and its parts: Building warehouses, packaging, repairing weapons, food processing.

Born in May 1959, the delegation was given the title 559 (until September 12, 1959, the Ministry of Defense issued a decision officially establishing Troop 559). The road opened on Uncle Ho’s birthday should be named Ho Chi Minh.

In early June 1959, Troop 559 organized a survey to open a route to the South starting from Khe Ho (located in the middle of a valley in Southwestern Vinh Linh) to develop in the Southwest, the last station location was Pa Lin, next near the receiving station of Zone 5. This road has to overcome many rugged mountain ranges and an extremely harsh climate. To ensure absolute secrecy, 559’s slogan of action is “Stay without a home, go without sign, cook without smoke, speak without language”. On August 13, 1959, the first shipment officially passed Truong Son. After 8 days and nights, the shipment was handed over to the Tri Thien battlefield in Ta Riep including 20 submachine guns, 20 rifles, 10 boxes of ammunition that satisfied cadres and soldiers of Zone 5.

By the end of 1959, Troop 559 was transferred into Zone 5 with 1,667 infantry guns, hundreds of thousands of bullets and some essential military equipment and 542 officers and soldiers on duty in the South. 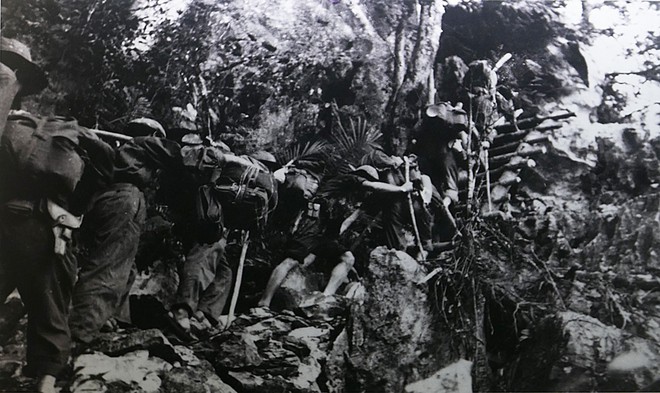 In the history of national construction and defence, our nation has opened many roads to expand the border and protect the mountains. But perhaps the Truong Son – Ho Chi Minh road is the greatest, both in idea and reality.

Ho Chi Minh Road is a road of creative, sudden, unexpected and transformative spirit. From a small group of road reconnaissance cadres to the first joint battalion leading the troops formed an army called the Truong Son Army –  Troop 559. From the path along with the Truong Son mountain range, a backbone system was formed a vertical, horizontal axis with roads, rivers, pipes, nearly 2 thousand km long. On this transport system, more than one million tons of goods and weapons are brought into the battlefield; more than 2 million turns, 10 divisions, 3 legions, 90 units of technical troops to the South to the North. 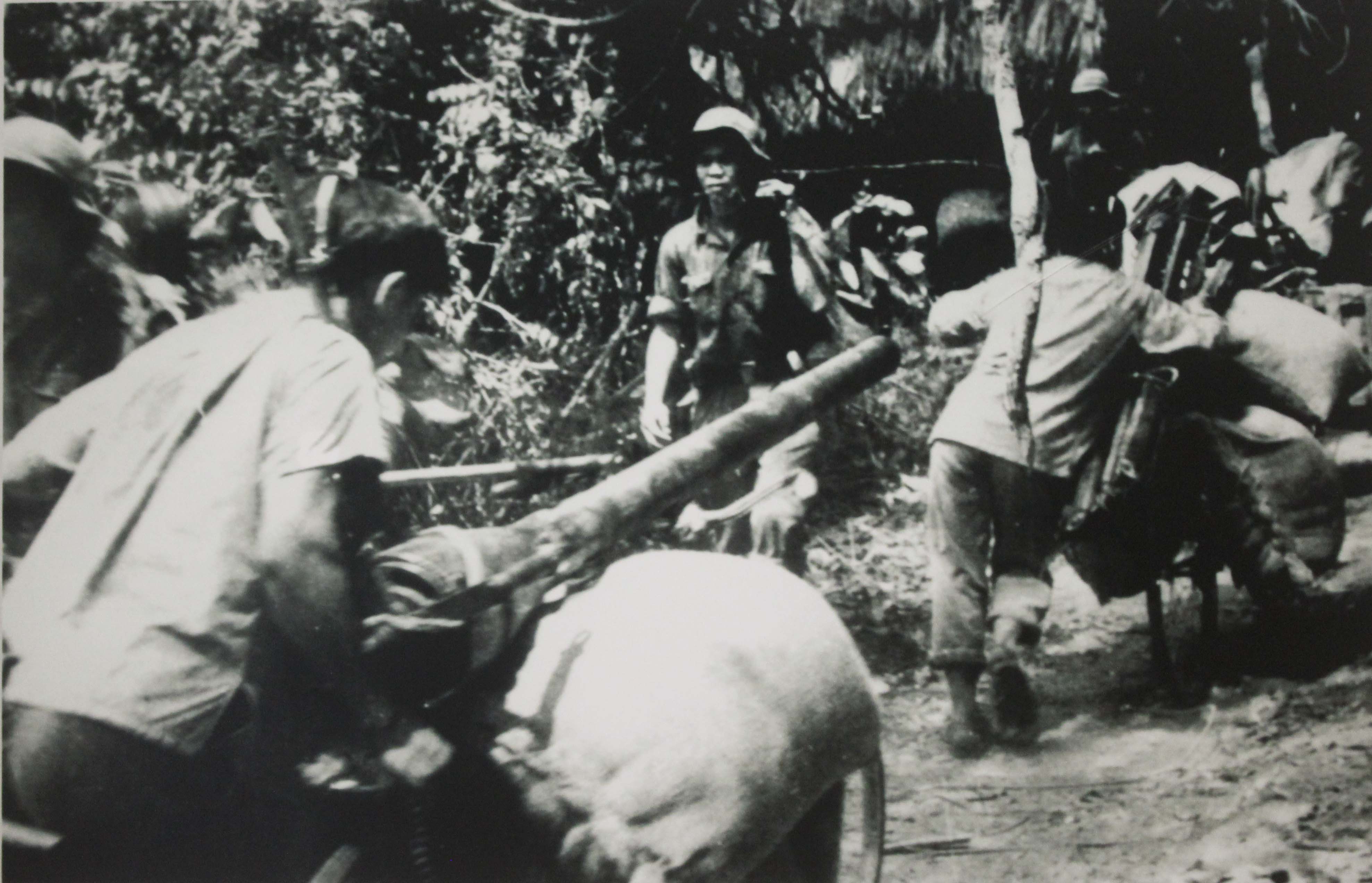 For the enemy, this is the path to disaster, foreshadowing bog and failure. More than 4 million tons of bombs and chemical toxins have fallen; Many generations of enemy presidents mobilized many super brains to cope with and prevent but Ho Chi Minh road was still like a pincer tightening the enemy’s grave… The miraculous depth and legendary quality of the road were built with wisdom, sweat, the blood of thousands of people, officials and soldiers. From the day of opening the road to the day of reunification, the road exists nearly 60 thousand days and nights. More than 20,000 soldiers, youth volunteers, and traffic workers died; more than 30,000 people were injured… 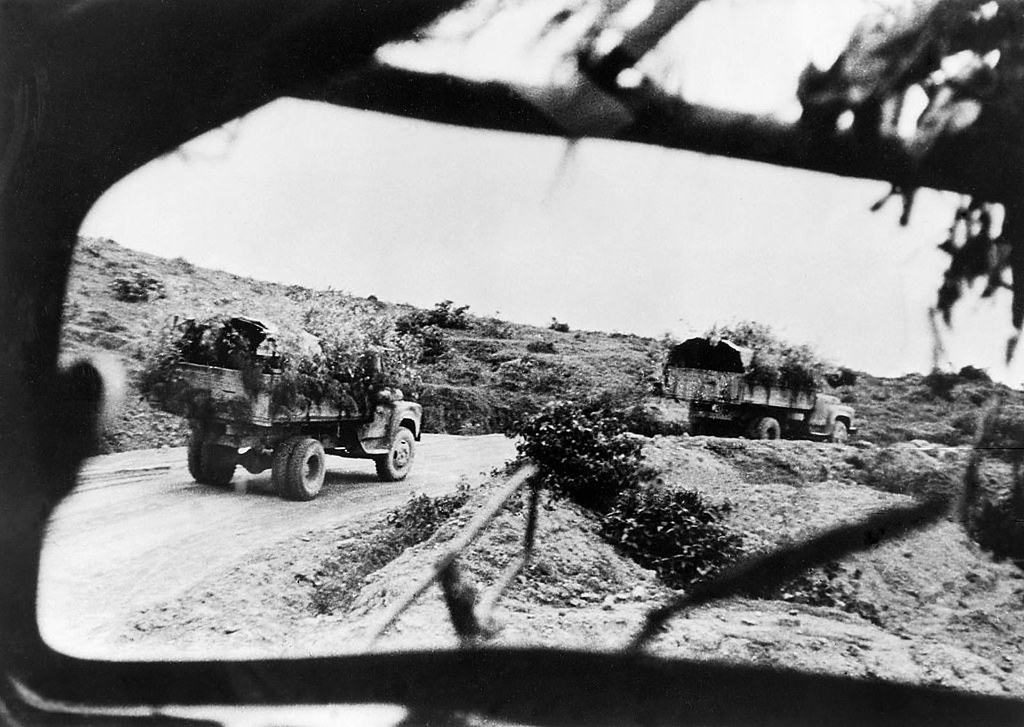 The road through 20 provinces from North to South; running across Laos and Cambodia; extracting water from East Truong Son to Western Truong Son and from the Central Highlands to the East and the Southwest. Without the creativity and bravery of those who open the way, if there is no popular support, protection and additional resources, without the support and sharing of international friends, how can there be to exist and to the destination needed! The Ho Chi Minh Road is a great miracle that deeply expresses the will of the People’s Party, a symbol of the unity bloc of the three Indochinese countries. From the land road, there is Ho Chi Minh road at sea, Ho Chi Minh Road in the air, overcoming the blocking, heading to the south of the flesh, for the cause of reunification. 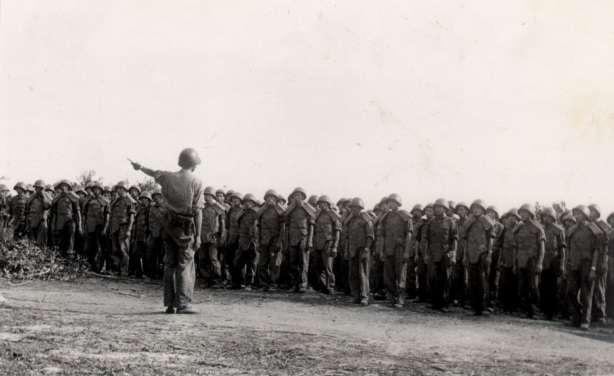 The Truong Son – Ho Chi Minh Road has completed its historic mission, greatly contributing to the glorious victory of the anti – American resistance war, bringing about a river. Strategic, unexpected, creative, suggestive of the path have lasting value…

From the trail of war, the Ho Chi Minh road of industrialization and modernization is longer, wider and more modernly built by today’s generations, which is also a new feat in peace. As expected by poet To Huu in “Feelings of early spring 2002” that: “Expanding the path of the legendary Ho Chi Minh / For Homeland to the frontline of humanity”.