Someone once said that “Not watching a water puppet show means not going to Vietnam.” That’s right! Puppet is a culture originated from the wet rice civilization of Vietnam. It contains all the thoughts, emotions, intellectual expression, creativity as well as the wishes of Vietnamese people. This is a special art form, containing all the harmony between people, nature, and everything. 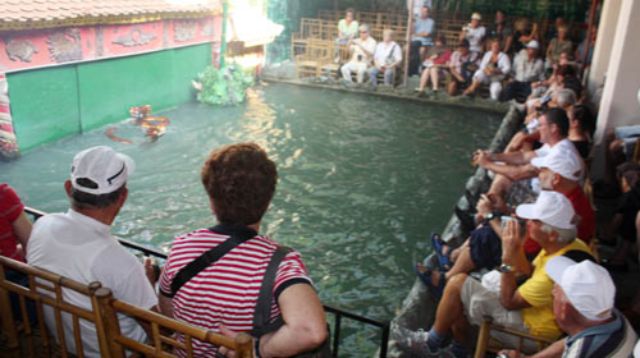 So if you want to enjoy a water puppet show in the centre of Hanoi, here is a suggestion for you!

Thang Long Water Puppet Theater was established in October 1969 under the investment and direction of the People’s Committee and Hanoi Department of Culture, Sports and Tourism. From an artistic troupe, the theater only has 9 actors graduated from Hanoi Art School.

Over nearly half a century of formation and development, the theater now has a staff of cadres, artists, actors, and technicians who are formally trained, highly qualified, dynamic, creative and have full of enthusiasm. They can undertake many roles, many performing styles, … on par with international puppet artists.

In 2004, Thang Long Puppet Theater was the first art unit to perform the model of artistic socialization. Since then, the theater has always worked well, effectively. The revenue for the following year is higher than the previous year. Moreover, Thang Long Puppet Theater focuses on developing disciplines, investing in constructing many puppet shows, water puppets attractively, attracting domestic and foreign audiences. The theater socializes performing activities, stabilizes and develops strongly in the period of country socialization.

On September 18, 2013, the Asia record organization officially established the Thang Long Puppet Theater as “the only Asian theater to achieve the record of water puppet performance 365 days/year”. The theater has become an attractive cultural destination for foreign tourists coming to Vietnam and those who are interested in learning about the unique traditional culture of the nation.

Thang Long Puppet Theater is a place to enrich the art of water puppetry of the nation. Coming to there, you will feel the space of traditional folk puppet theater right from the architectural decoration. 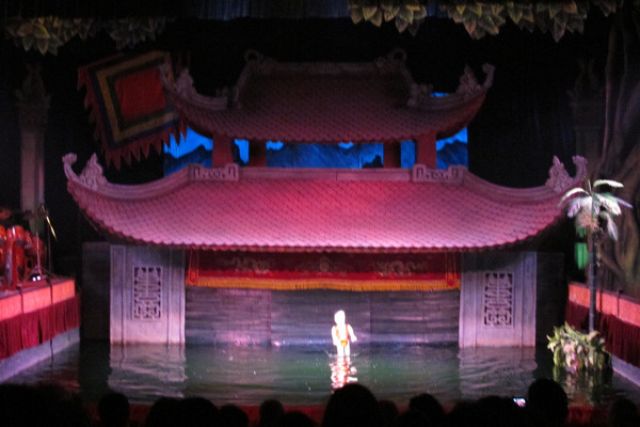 Puppets are performed on a lake making stage and artists soaking in water to control puppets from behind a screen. Puppets are controlled via underwater poles or a special arrangement of wires.

The places right in the middle of the stage, in the front rows, are the best places to see all the shows and watch the puppets but remember that this is also a very prone to splashing water between stages.

Let yourself follow ancient stories, legends and the cheers of the audience when dragons or characters suddenly appear from under the water. 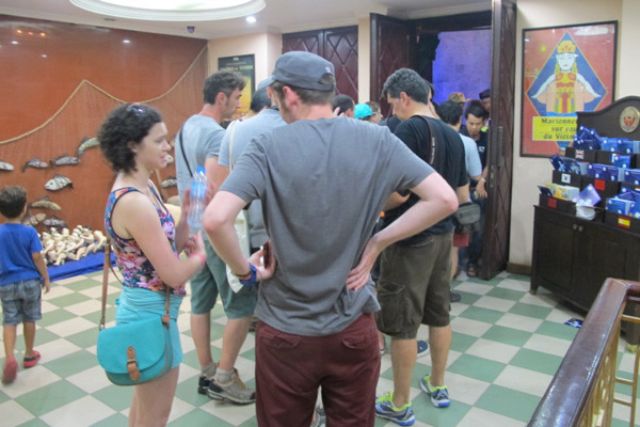 5/ Some places to rest

And after the end of the show, stay for a while to enjoy the picturesque Hoan Kiem Lake with a refreshing drink at the theater’s cafe.

At Thang Long Water Puppet Theater, this is a unique art program formed from the Red River Delta for more than 1,000 years. Coming there, you will see the puppet shows recreating the ancient legends, myths, and history of Vietnamese in a lively and fascinating way.